For the reason of bringing about painless treatments into the teeth problems, laser beams have been used in dentistry since many years now. The use of laser beams in dentistry is termed as laser dentistry and this doesn’t confine itself to some specific problems. Although, dentists have been using laser therapies for various dental problems since the 1990s, it has not been accepted as a standard treatment procedure. But, in many dental clinics in India, especially in Delhi, laser dentistry treatments are being introduced for the convenience of the patients. Such practices have been taken up because of the quick patient relief and outpatient disposal of cases. In many dental clinics in Delhi, laser treatments are being done and the dentists in Delhi are trained in this particular application.

Plenty of conditions can be treated successfully with laser dentistry in Delhi, some of these being quite simple, while there are other more complicated cases, where surgeries are also done along with laser therapies. In cases of tooth decay, the decayed portions can be removed and the area can be prepped for filling. In many cases, laser beams are used for curing or hardening the filled up chemical substances.

One of the commonest uses of laser dentistry treatment in Delhi is the problem of gum diseases. In most problems of periodontics or gum diseases, laser beams can be focused to reshape the gums by either cutting the excessive tissues or during root canal treatments. Cleaning processes of gums is also done by the method of laser beams.

Biopsy or lesion removal in dental treatment is also possible with the laser therapy. By such a means, a small portion of the tissue can be removed, which is known as biopsy. This tissue is then examined microscopically for cancer or other afflictions. Canker sores are relieved from the pain by such methods also.

Teeth whitening process is one of the commonest uses of laser dentistry in Delhi. In dental clinics, this process can be easily utilised for removing stains and also for laser treatments of the whitening gels applied on the teeth. When the peroxide bleaching solutions are applied to the teeth and the laser beam is focussed, it helps in laser teeth whitening. There is activation of this gel or solution and the whitening process is quickened.

How does laser dentistry work?

Work of laser beams in laser dentistry treatment in Delhi is done by the means of the light energy. This beam is used for cutting tissues during dental surgeries. This light energy can also be utilised to vaporise the tissues. In the processes of curing, light energy helps in strengthening the bonds inside the chemical used in filling. Tooth bleaching agents are activated by these lights from the beam, when used for laser teeth whitening.

Compared to traditional cutting instruments and filling materials, laser dentistry in Delhi is supposed to provide a number of benefits. This is because of the decrease in the pain during surgical and dental procedures. Hence, anaesthesia need is decreased during such procedures. Relief from the unnecessary pain of dental drills is possible when laser dentistry treatment Delhi is being provided to the patients in our clinics in Delhi. During manipulations of the soft tissues, laser beams helps in minimising pain, bleeding and soft tissue damage. Additionally laser teeth whitening process and other procedures using laser technology helps in preserving healthy tooth to a greater extent than conservative instruments in dentistry.

Without any adverse effects, there cannot be any kind of treatment procedures in medical or dental science. Even though laser treatments are having their share of benefits, a few problems can also be encountered. One cannot use the laser beams when there are fillings already present in the tooth. In many common procedures like dental fillings, large cavity repairs, crowns, or in old fillings, laser treatments are not effective. Rather, they can be harmful in removing or breaking these kinds of treatments already performed. Some of the mechanical works like contouring, fine adjustments of the bite, shaping the fillings, polishing and few other procedures cannot be done by laser beams. So, these points are kept in consideration, when the laser dentistry in Delhi is being provided to the patients. Therefore, it is important that the laser therapies are done in selective manner, to bring success to these techniques.

A number of procedures can be performed using laser dentistry treatment Delhi. Since there is consensus to have periodontal treatments with the least invasive methods, non surgical techniques require the use of laser dentistry in Delhi. Dentists in our clinics in Delhi are adept in use of laser beams for many procedures. Precision is a necessity in such procedures. Carrying out procedures like laser teeth whitening and others require laser beams, but these can get costlier as the machines used for laser beams are on the higher side. But, the results are impressive enough and many people are queuing up for appointments of laser dentistry treatment Delhi for such results. Some people go for such procedures because they are covered by insurance plans, while many others are anxious about surgical procedures and want painless treatments by laser dentistry in Delhi. 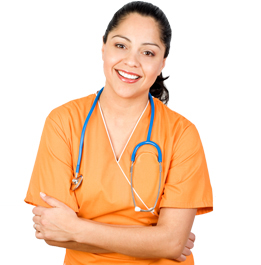